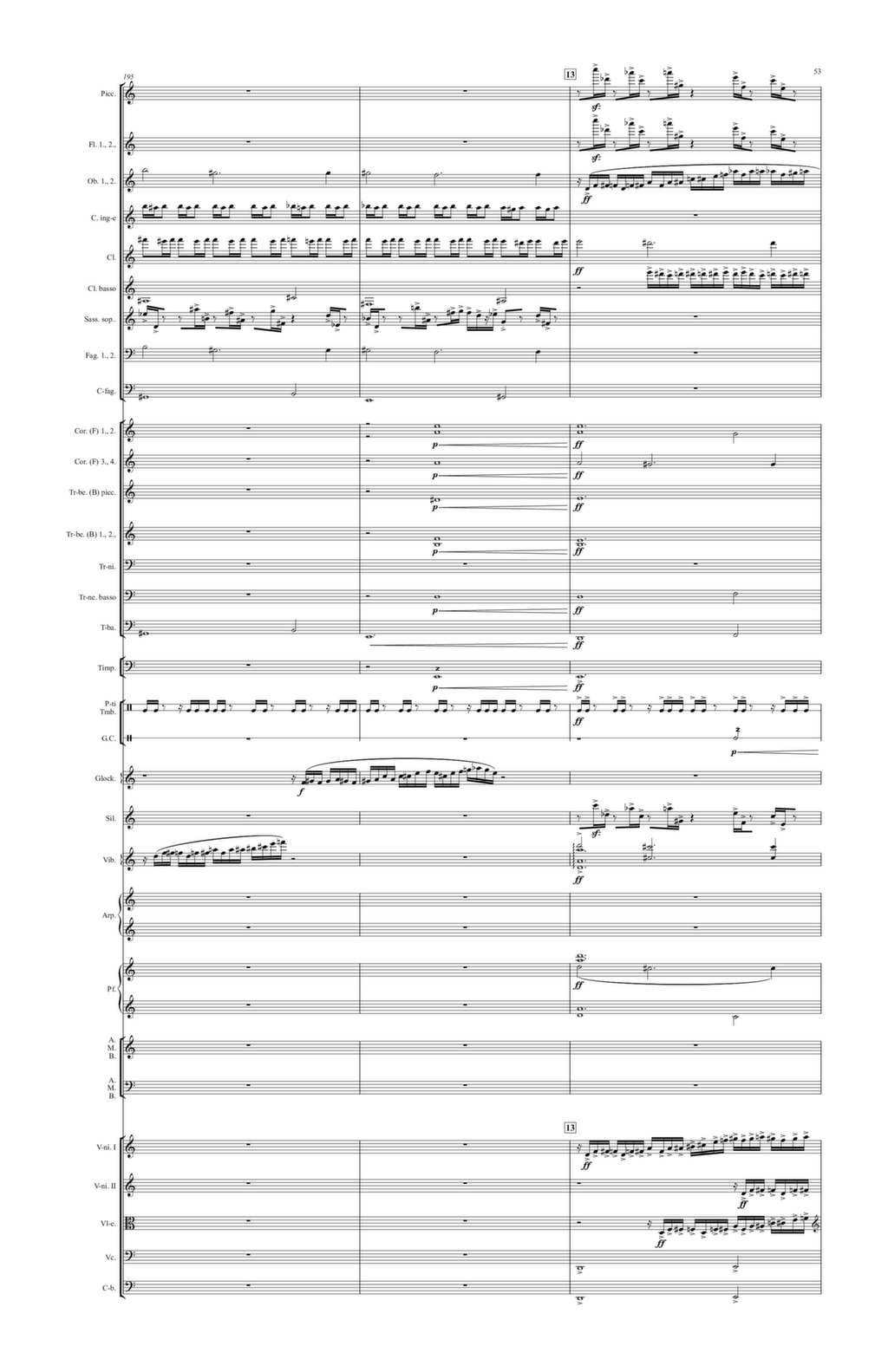 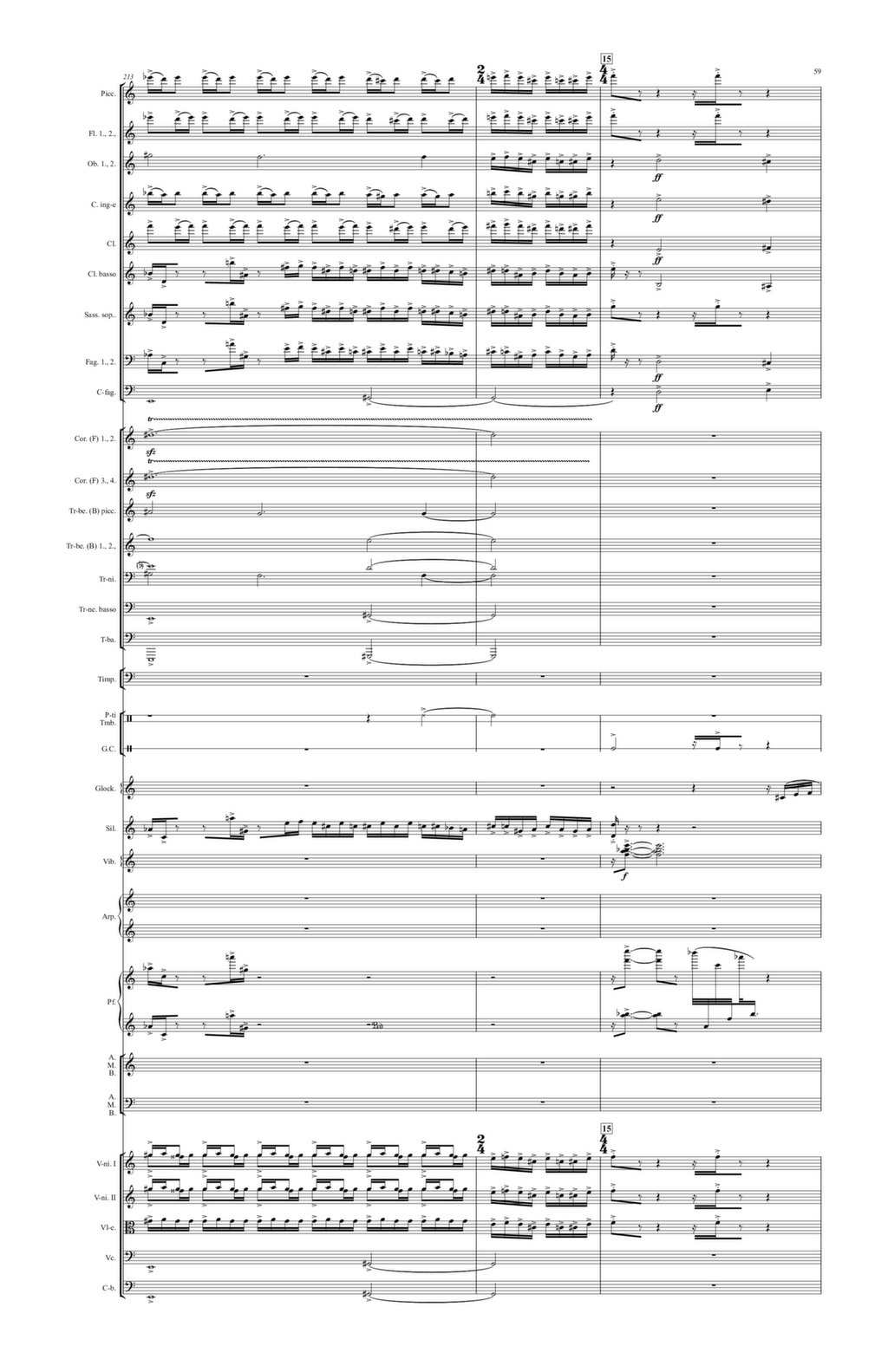 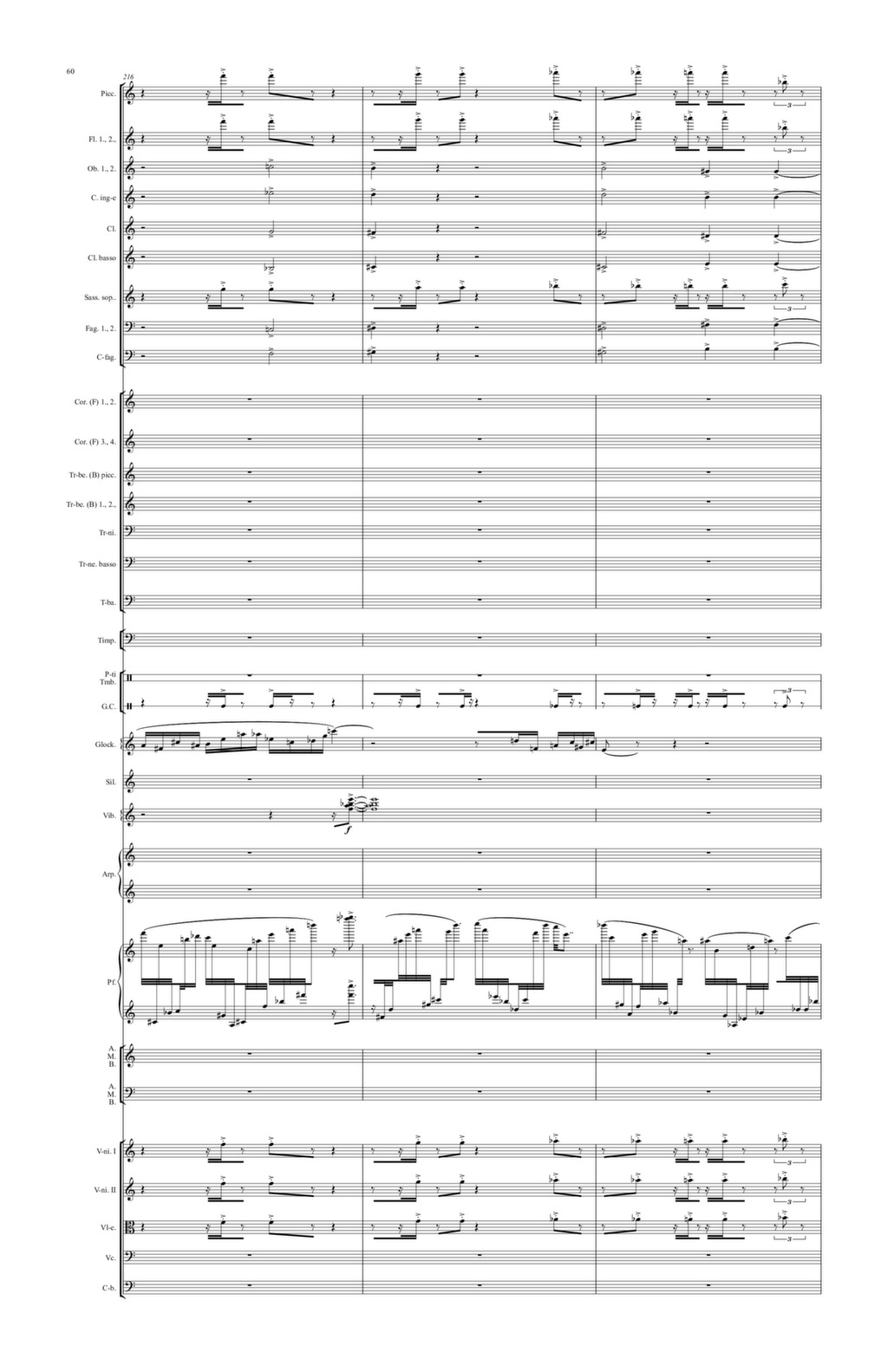 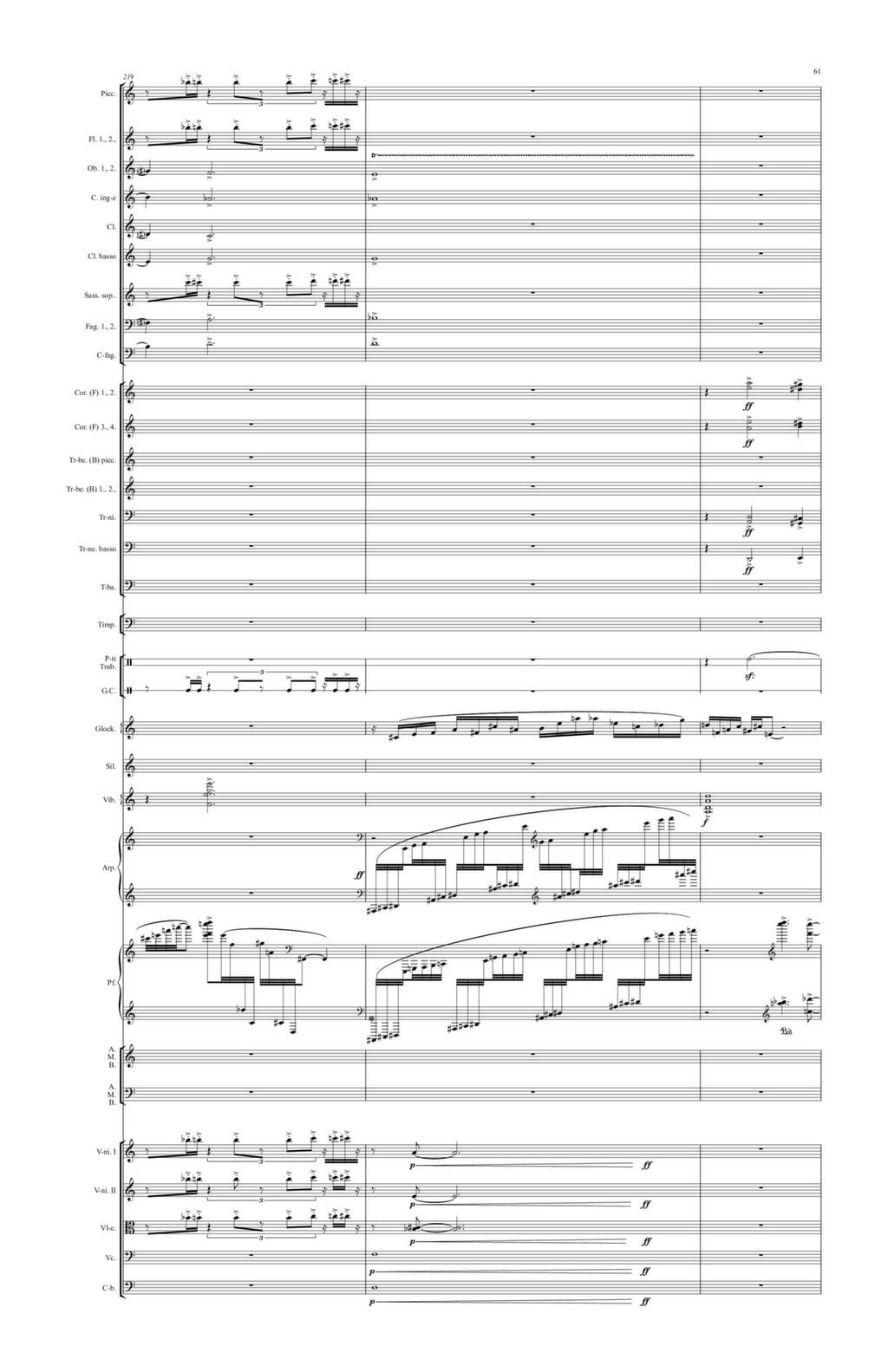 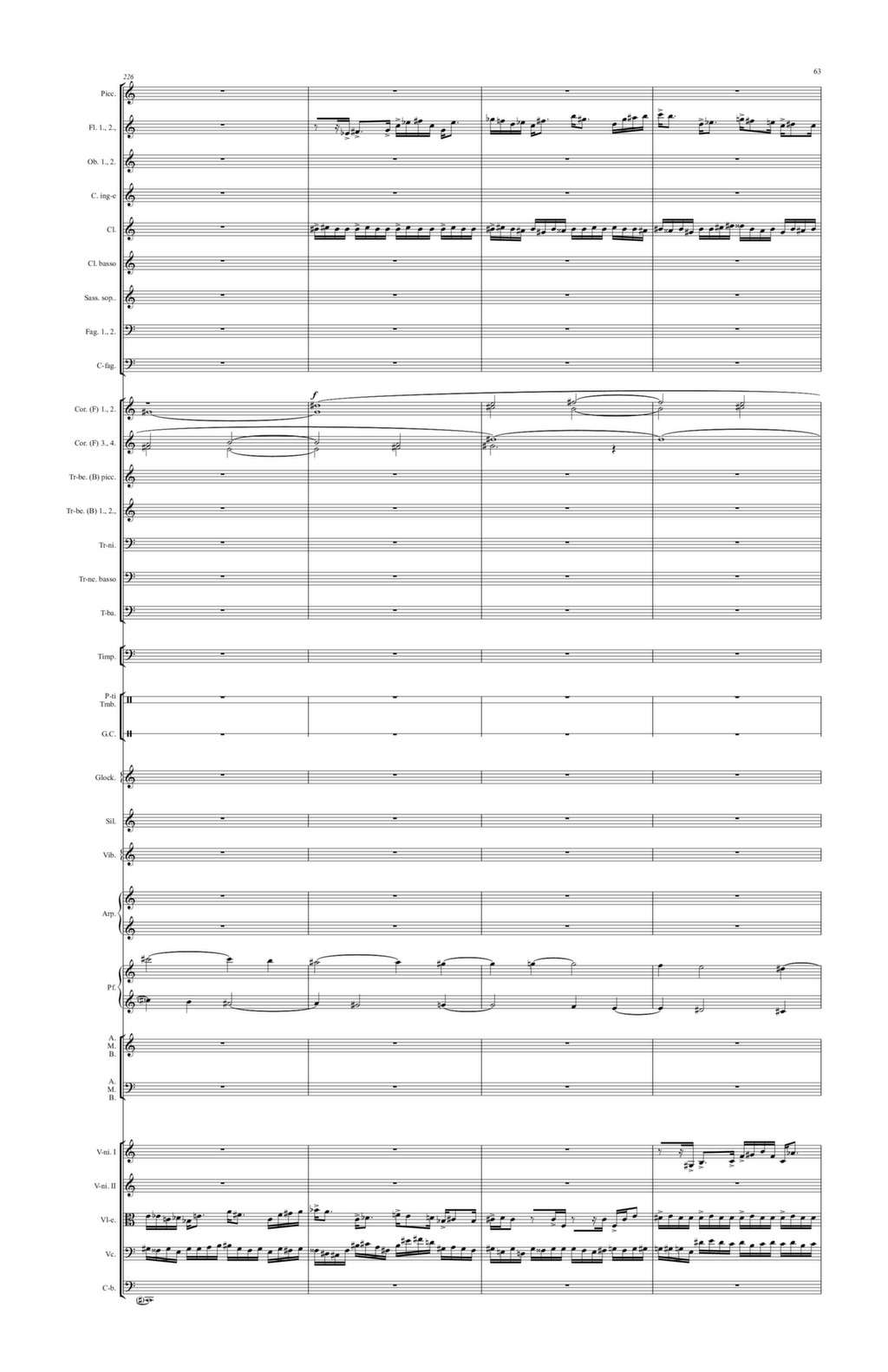 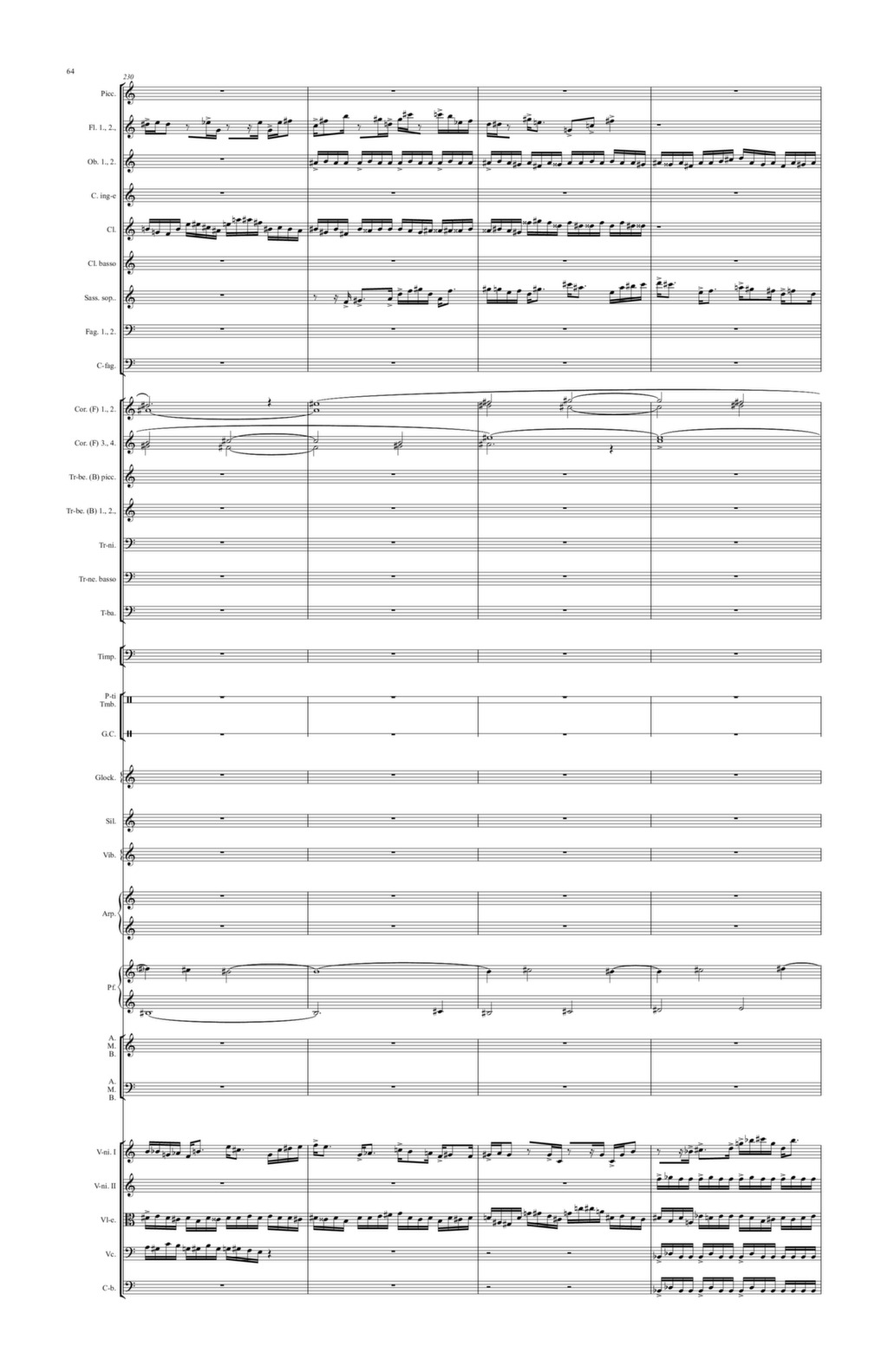 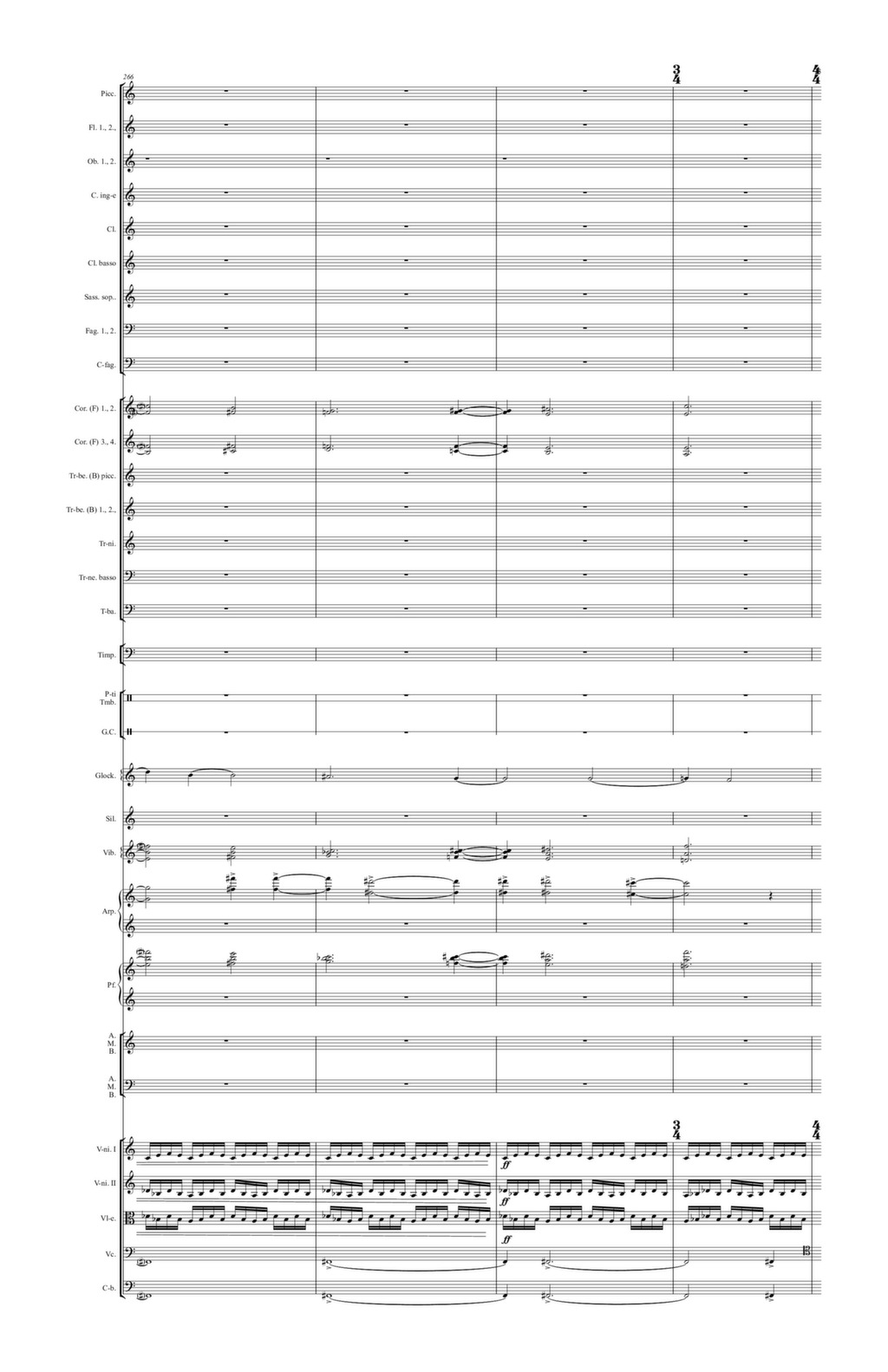 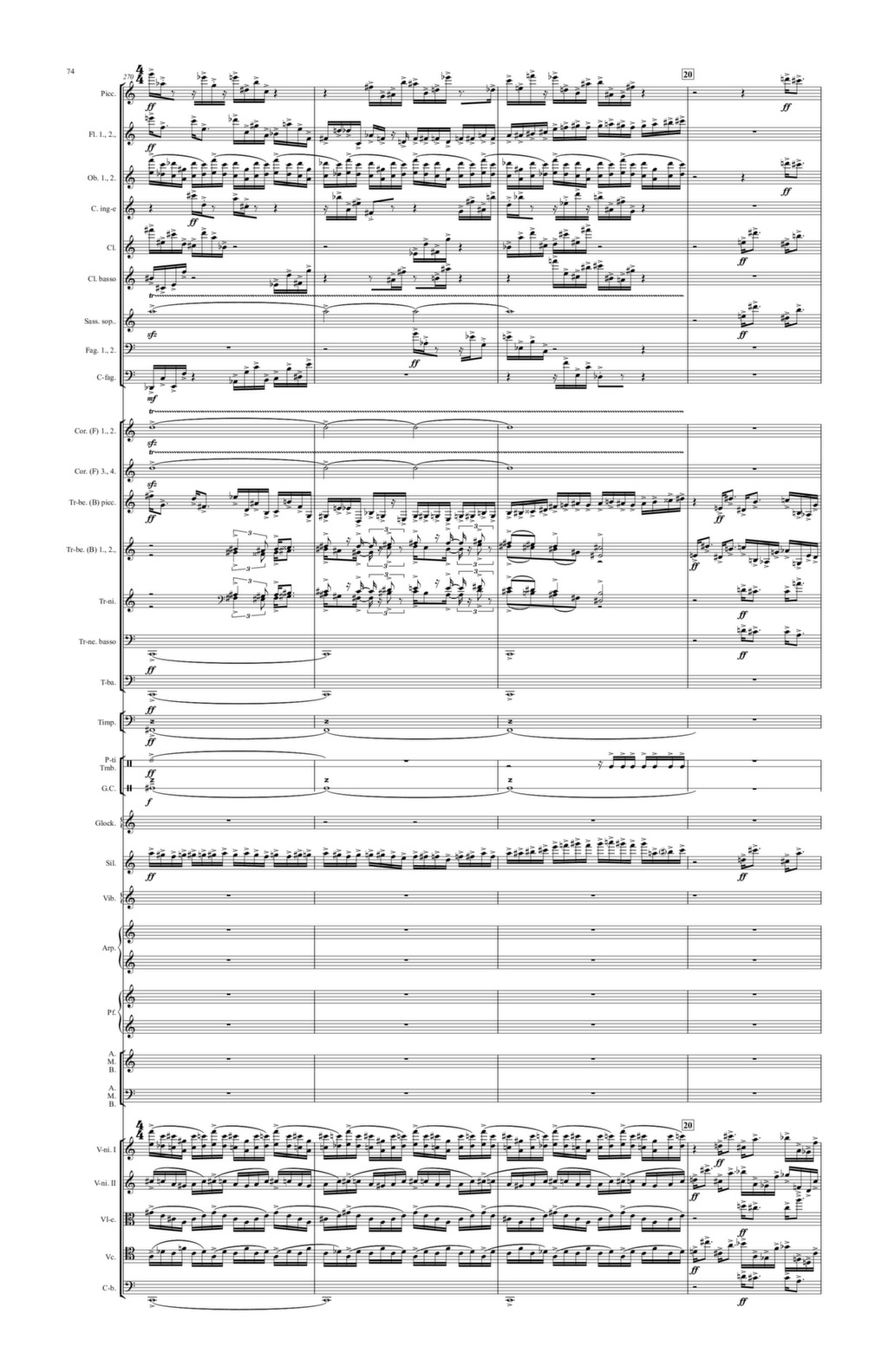 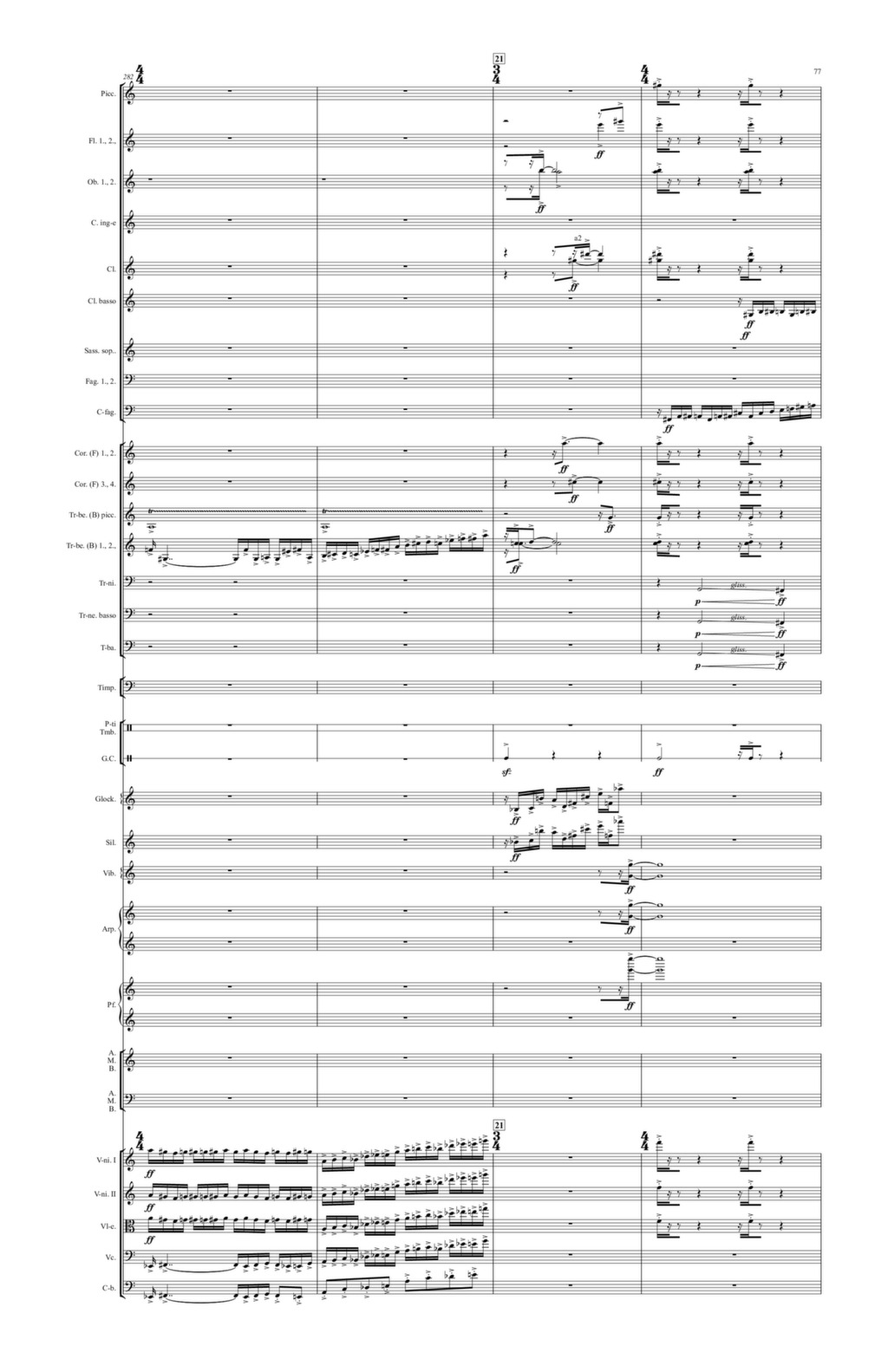 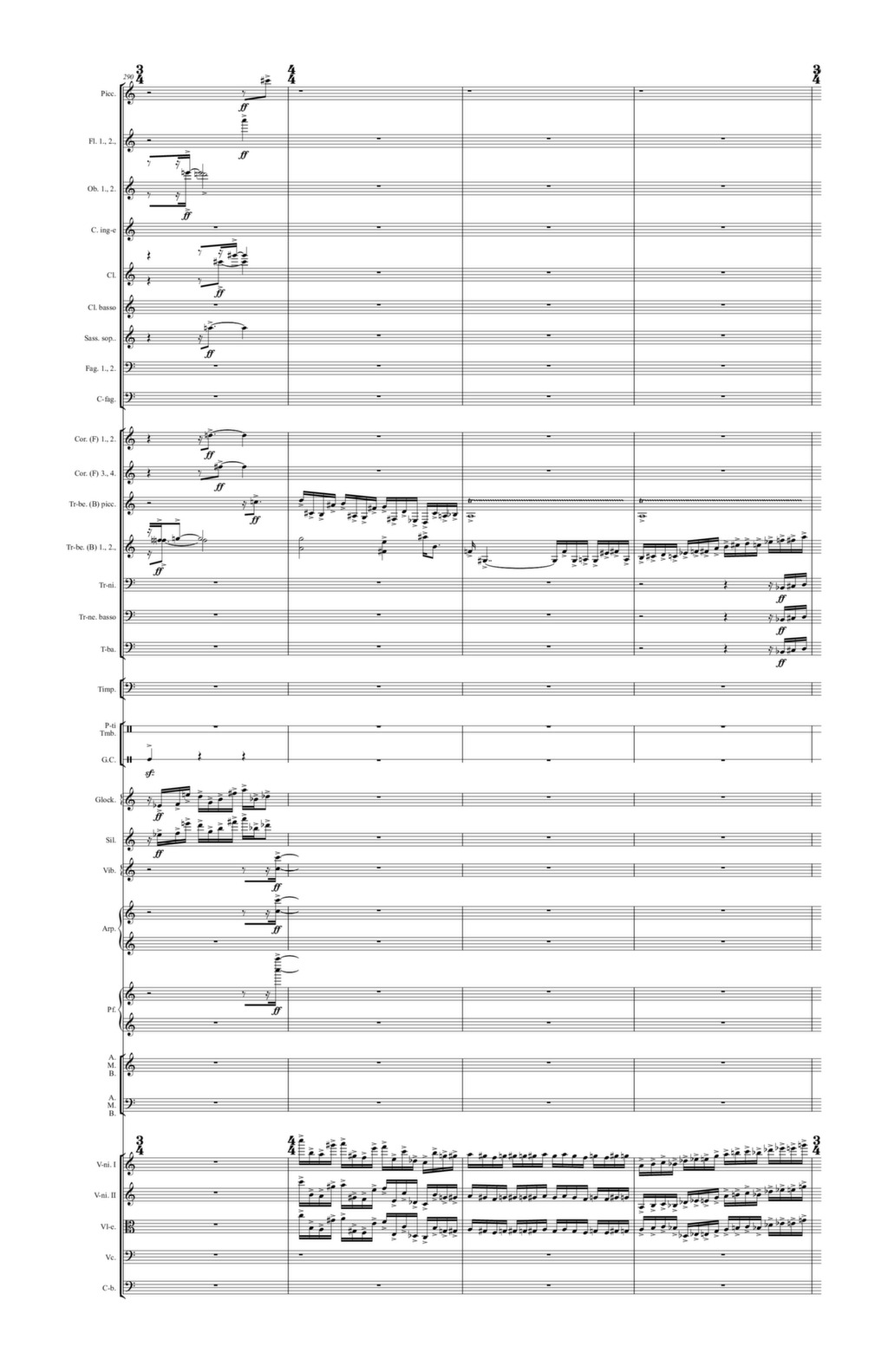 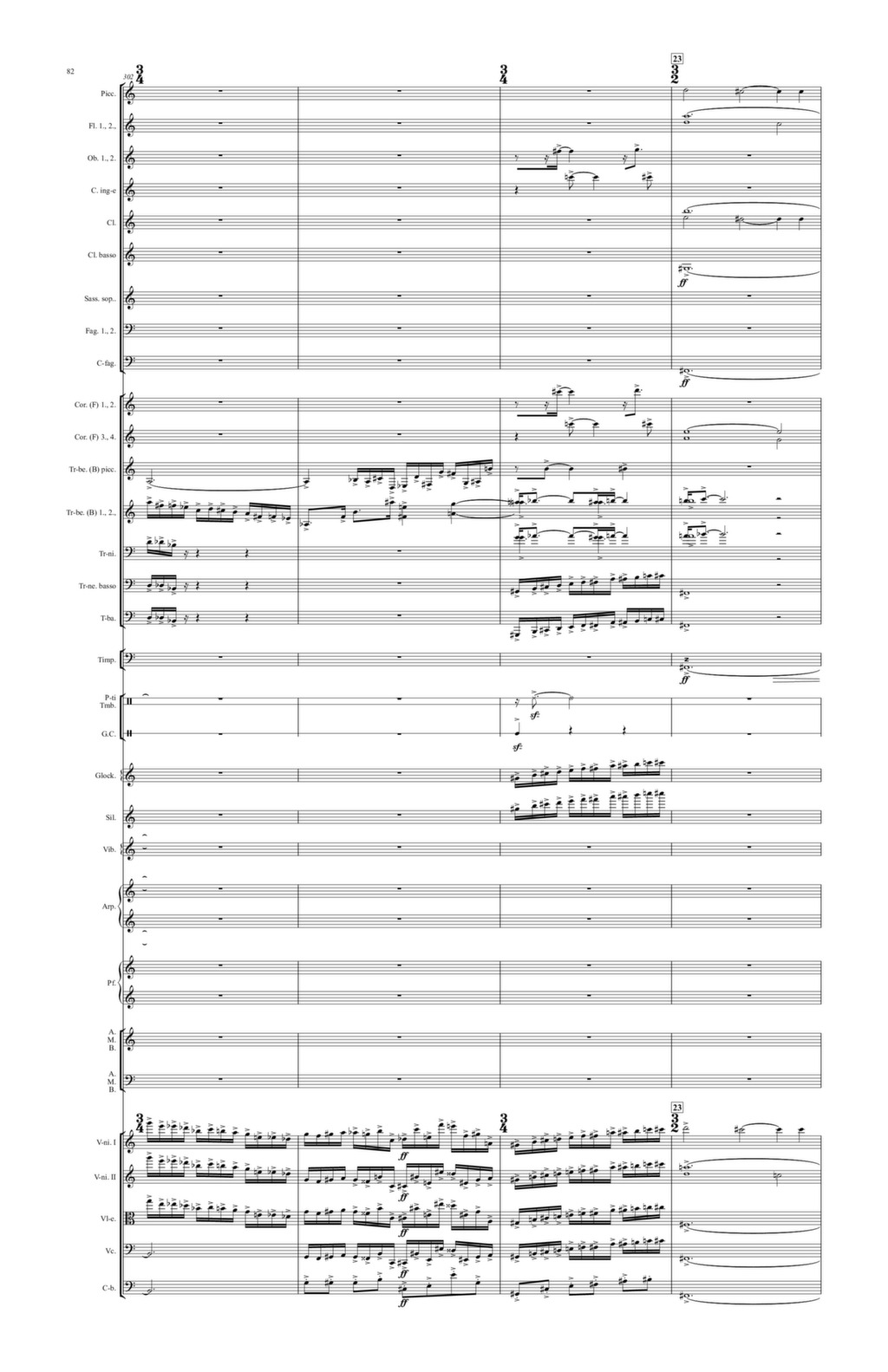 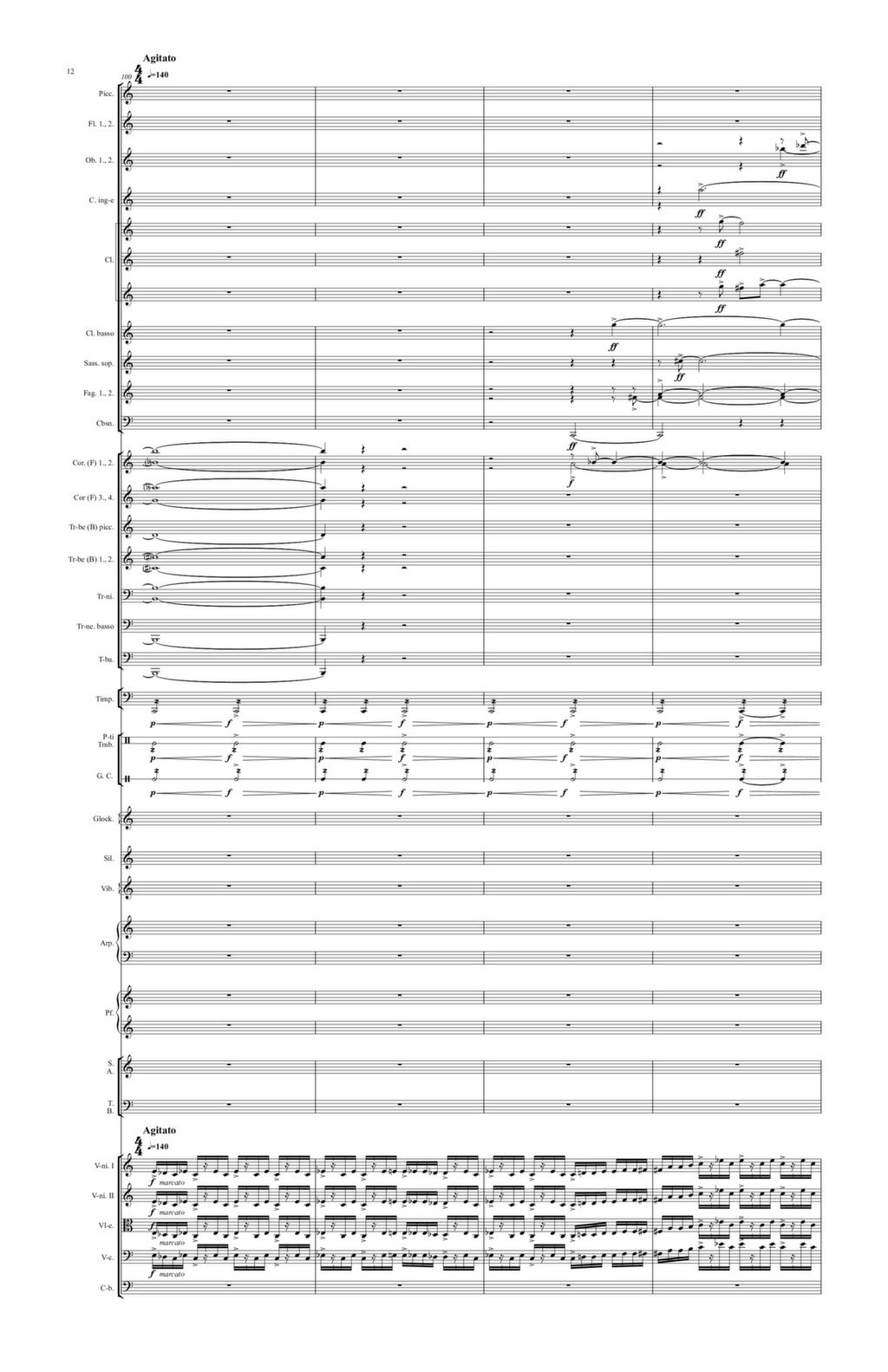 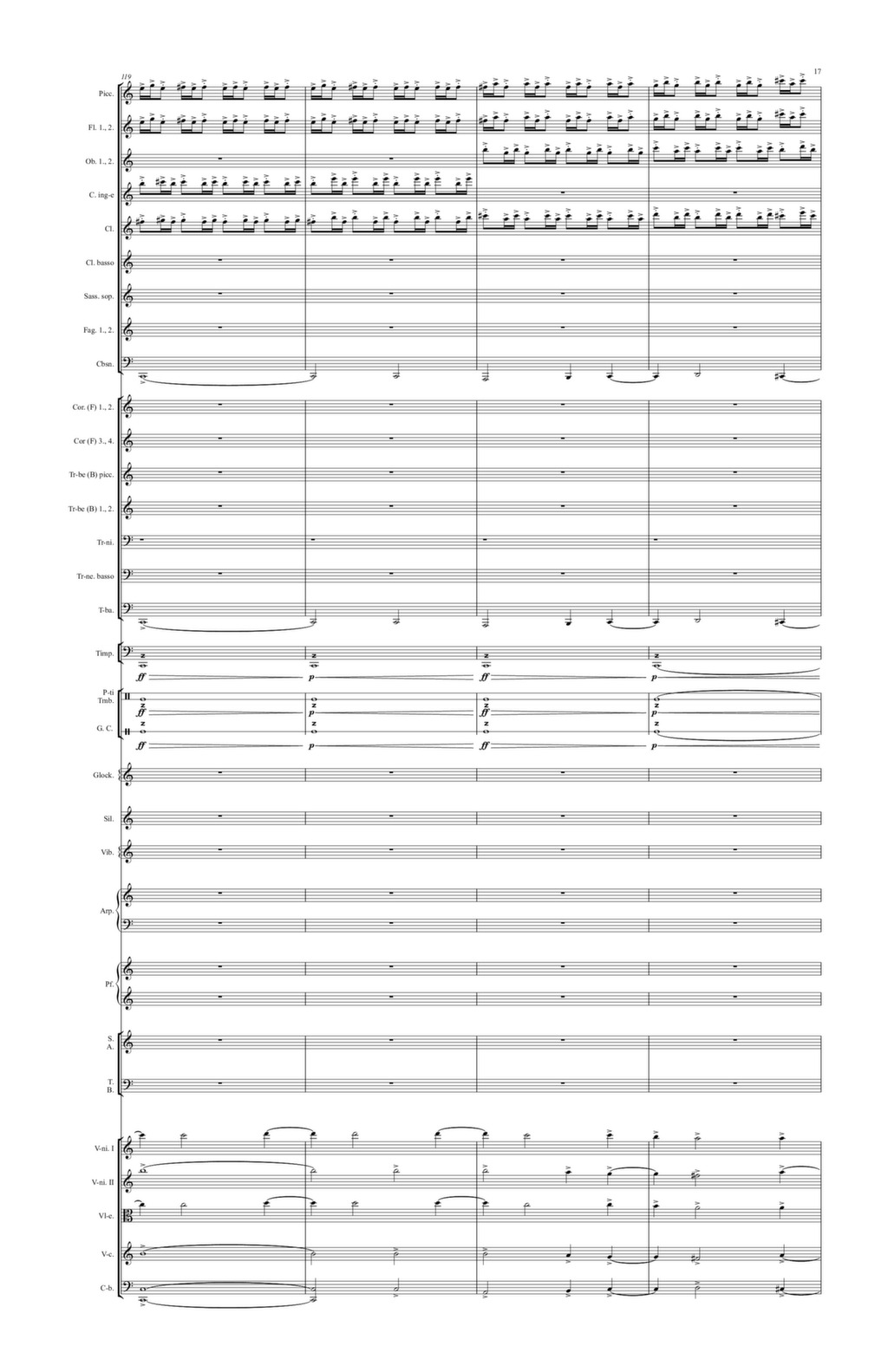 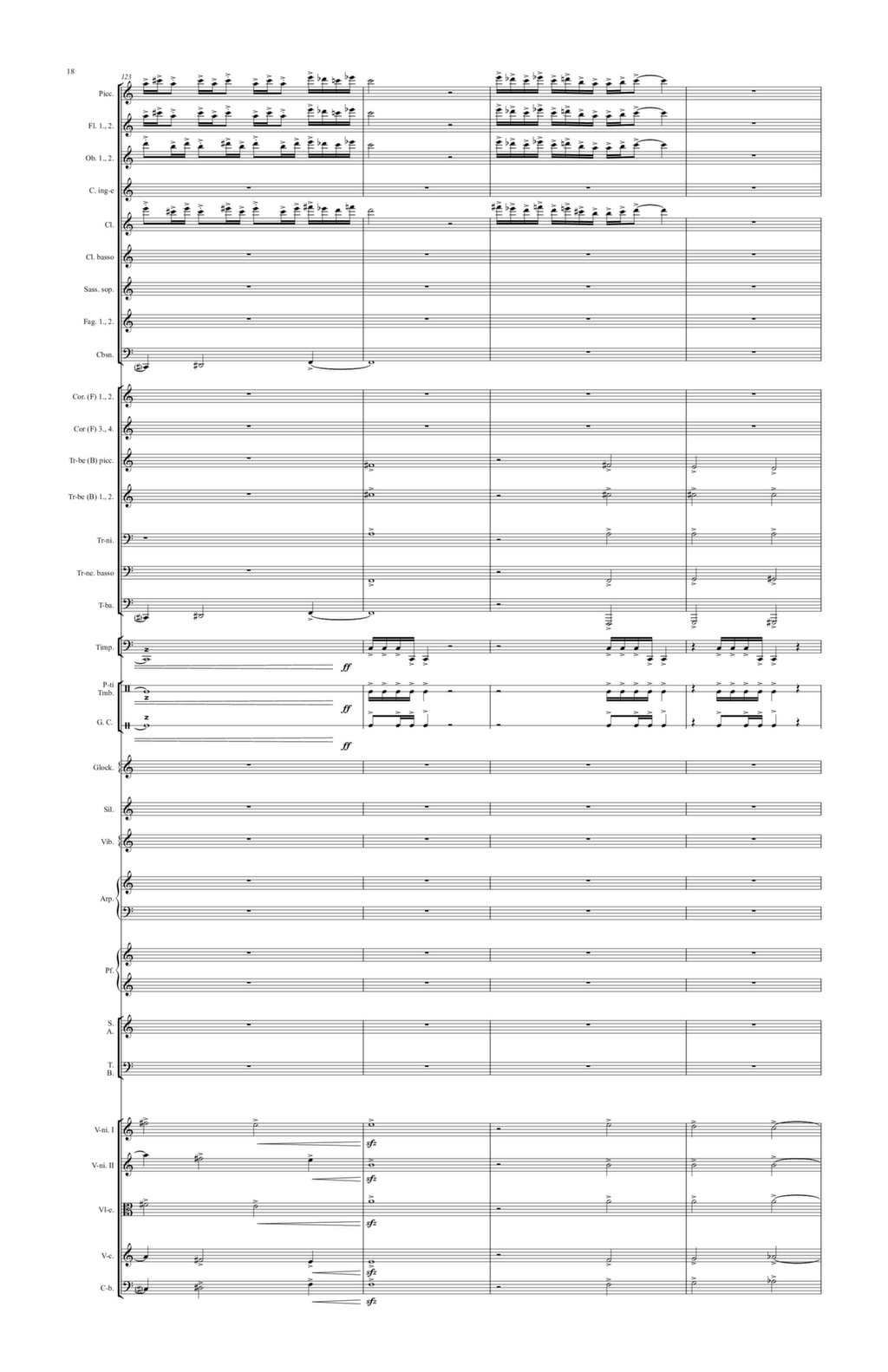 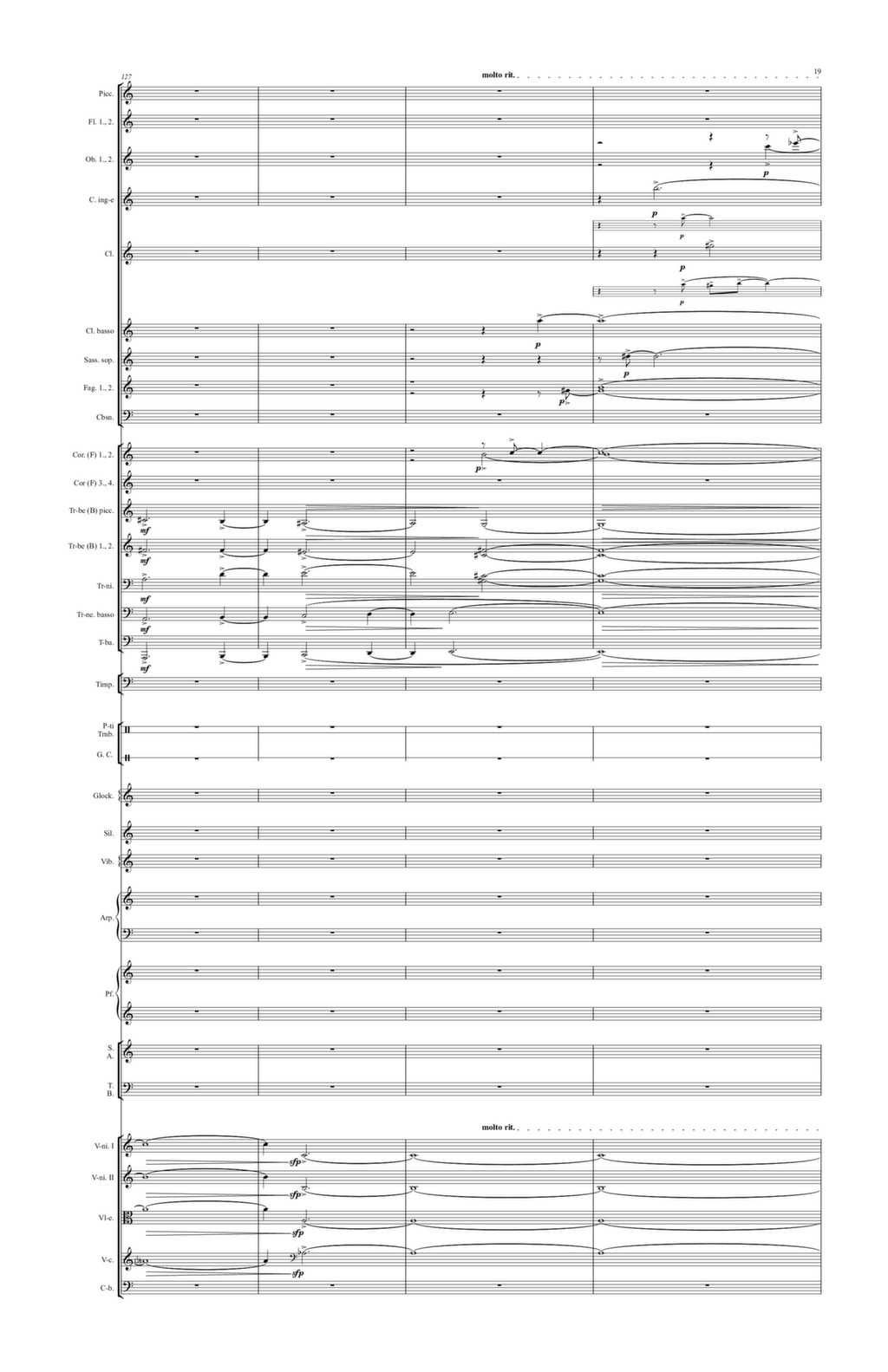 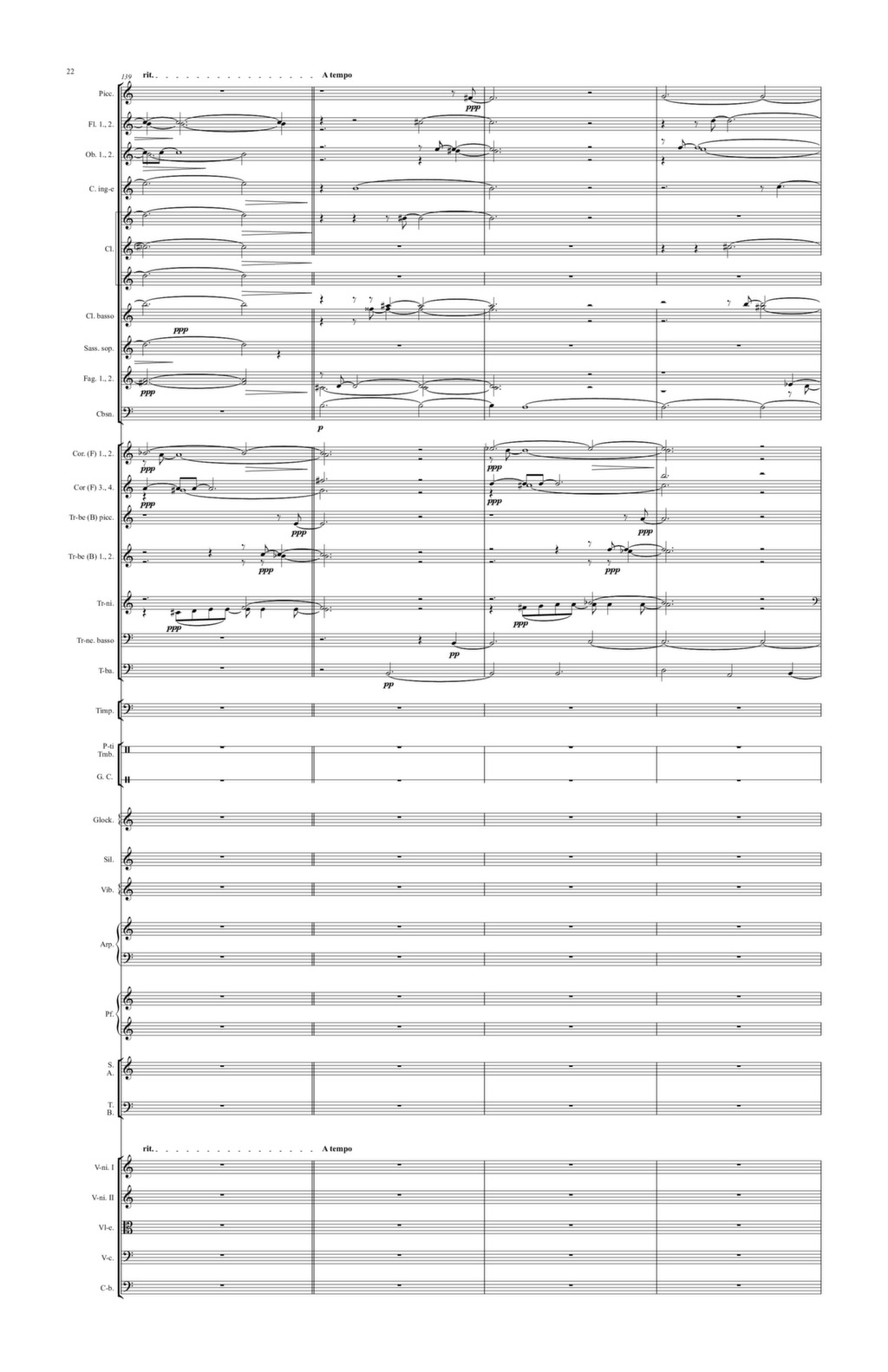 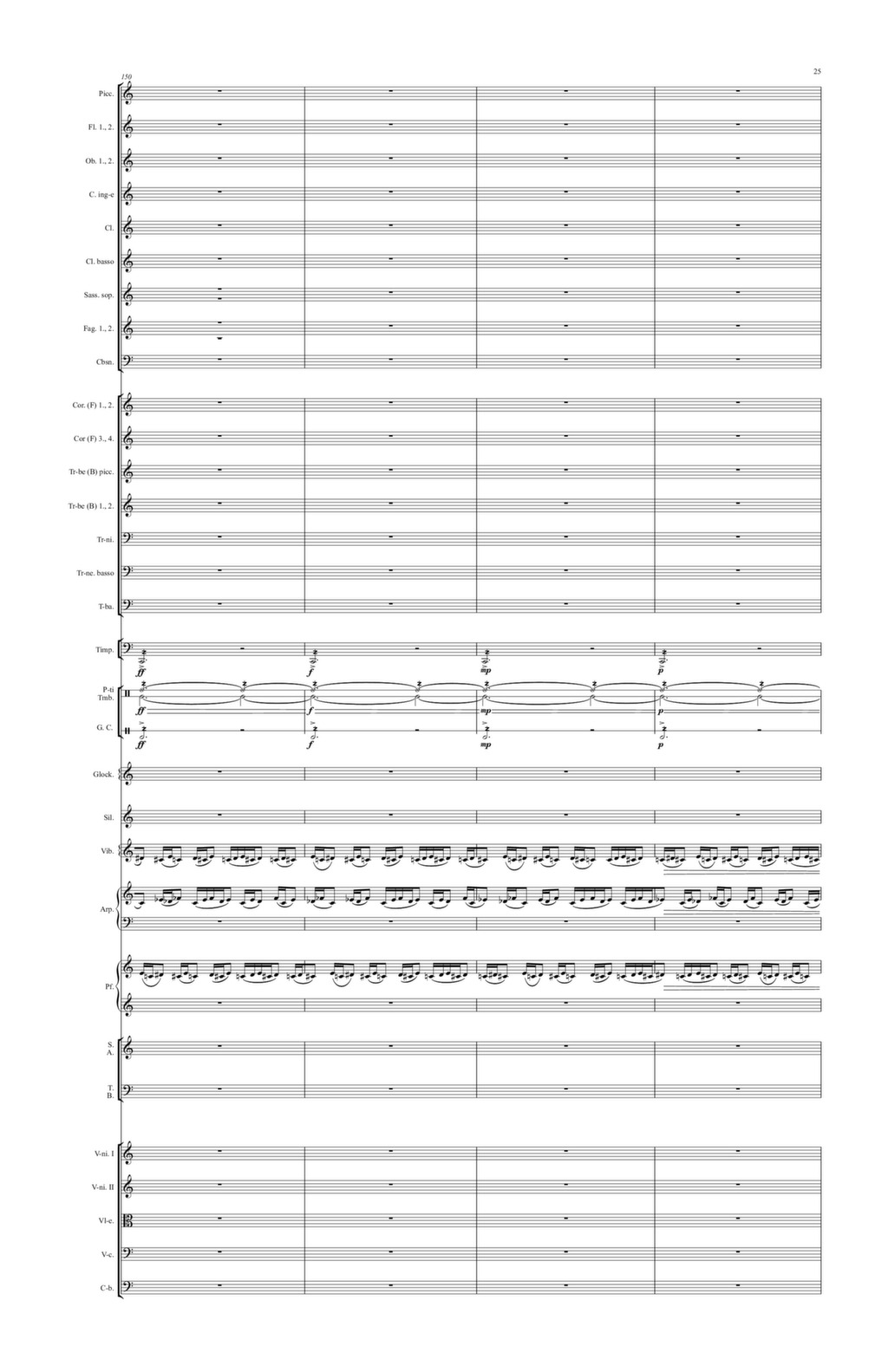 I. In my second symphony, I wanted to challenge my formal thinking and restrict myself to an exact form that would inform the motivic development of the first movement. This emerged into a diagram that I later called a “rocket sonata”. I went straight-forwardly for the golden mean of the 15-minute movement, marking the climax of the piece and then kept subdividing the form based on its sections’ golden means into smaller chunks. Once a section ends, it automatically diverges into the original idea’s permutations, in other words, development. While we can trace the development of A and B sections (AB -> A’B’ -> A’’B’’ (where the recap is in a divergent form both in the orchestrational and motivic aspect)), another layer making the sonata having a rocket appearing form is an independent developing line of sections ABCDE that interrupt the sonata in the sections’ golden means. Thus, in its climax, we can hear A’’, B’, C and D sections at once, proportionally turning to the closing E and E’ section sounding at once.
The greatest and most fun struggle was to turn this theoretical concept into an organic and meaningful piece of music. After the solo-character raucous piano entrance introduces the mixtures-of-modes pitch and interval selection, the material for the first movement has been fully set.

II. The second movement’s layout is a transferred first movement’s diagram into two mirrored and vertically oriented visual rockets that determine the timbre chronology; hence, inform the structure of the movement based on its timbre. This concept applies to its major section that is being preluded by a purely a capella original Chorale based on Alexander Pope’s Ode On Solitude, which is a contemplative distant reaction to the superiorly engaged whirl of events, chaos and tension preceded in the second half of the first movement.
Following, distant and blurred variations on the preexisting ancient Bohemian Chorale Hospodine, pomiluj ny (Kyrie, eleison) – that has been an anthem of the pre-medieval Bohemia and is, to this day, the oldest known Chorale – informs the content for the pre-defined timbral structure.
Let the latter’s original text’s orchestrated, repeated and varied “Krleš! Krleš!” (Czech distortion of the Latin Kyrie, eleison) be an introspective call for humanity, understanding and listening to and standing for each other. 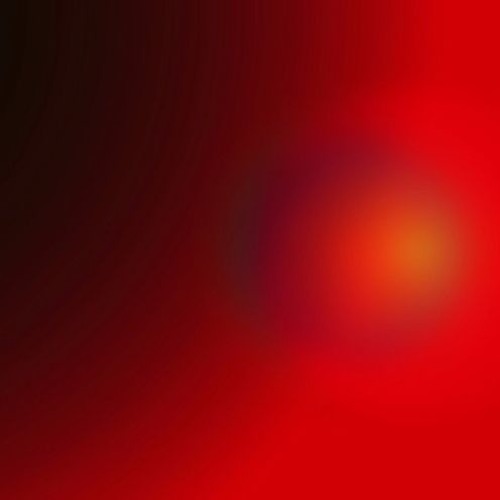 Available to listen at

Get PDF
Back to All Compositions